The remarkable Herodian dynasty flourished from the second century BCE to the second century CE. The following book, published in 1998 (an updated version of a doctoral thesis written between 1987 and 1992), examines its origins, measures its impact on Jewish society, and discusses the influence it exerted beyond Judaea. It argues that the Herodian dynasty played a central part in the workings of the Eastern Roman Empire. The author suggests that Herod the Great would be better described as a 'Hellenised Phoenician' rather than simply as an 'Idumaean' and he draws on a variety of evidence to support this view. The Herodian dynasty is seen in the context of the political structure of the province of Judaea and life in Graeco-Roman Palestine as a whole. This book encompasses many ideas which open up a dimension through which the history of the Second Temple Period, Judaism and Early Christianity can be viewed anew.

[This edition went out of print with the closing down of Sheffield Academic Press at the beginning of the 21st century.  A paperback edition announced repeatedly between 2002 and 2004 by Continuum (which took over Sheffield's list) was never published (for reasons better known to them), as a result of which not a single copy, new or secondhand, could be found anywhere on the internet!  However, for a reprint now by Spink (2010) see below.] 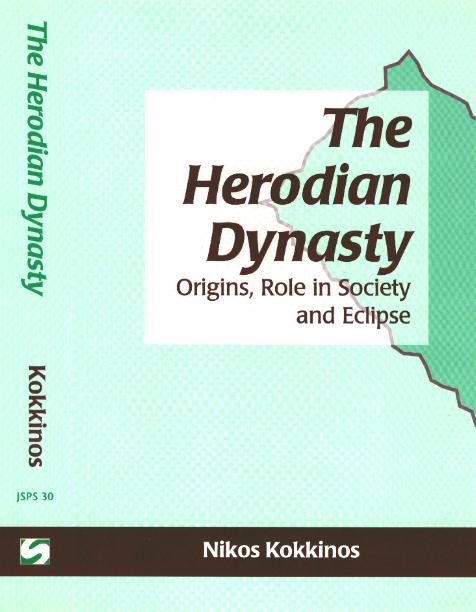 PART I: IDUMAEA AND THE ORIGINS OF THE HERODS

Chapter 1: From Edom to Idumaea

3. The Question of Origins

4. The Culture of Ascalon and the Herods

5. The Coins of Ascalon and the Herods

Chapter 5: The Uncles and Cousins of Herod

Chapter 6: The Brothers, Nephews and Nieces of Herod

Chapter 7: The Sister of Herod and her Offspring

Chapter 8: The Wives of Herod and their Offspring

Chapter 9: The Descendants of Alexander I

Chapter 10: The Descendants of Aristobulus I

1. Herodias (I) and Mariamme IV

2. Main Points in the Chronology of Herod

4. The Family of Aretas IV

8. Redating the Last Procurators and the Brother of Jesus

Index of Ancient Names and Places Reviews of the The Herodian Dynasty in academic journals include the following: 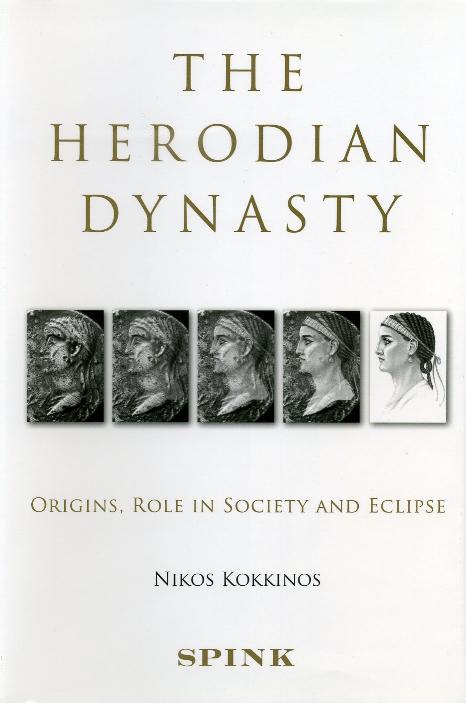 Copies are now available from Spink and Son Ltd (www.spink.com), as well as at Amazon. Link: Herodian Dynasty at Amazon