On 16 December 2018, it will be exactly thirty-five years since the day the 'Nativity Conference' was held at Mississippi State University (16 December 1983).  First of its kind, this conference marked the study of the chronology of Jesus for years to come.  It was organised by the Cobb Institute of Archaeology, and dedicated to Professor Jack Finegan, then a doyen of biblical chronology.

The programme below lists the scholars who gave papers on that day, all being members of American universities with the exception of Nikos Kokkinos, although invited studies of other European scholars were included in the volume entitled Chronos, Kairos, Christos (edited by Jerry Vardaman and Edwin Yamauchi) and published by Eisenbrauns in 1989 (also seen below). 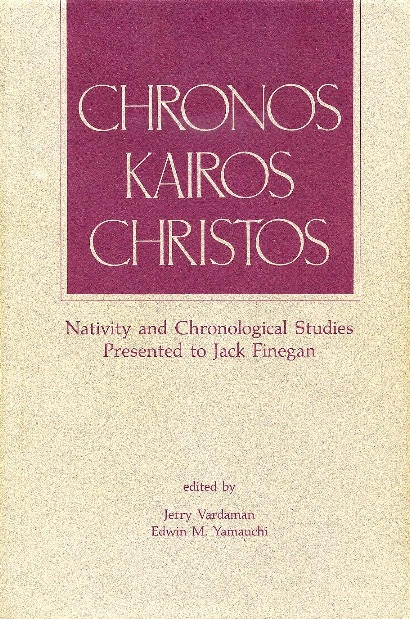 An informal group photo survives (taken by Rikki Kokkinos during an intermission to the proceedings), which seems a real classic thirty-five years on.  It depicts a vanishing age, a generation of New Testament experts now largely retired or sadly gone. 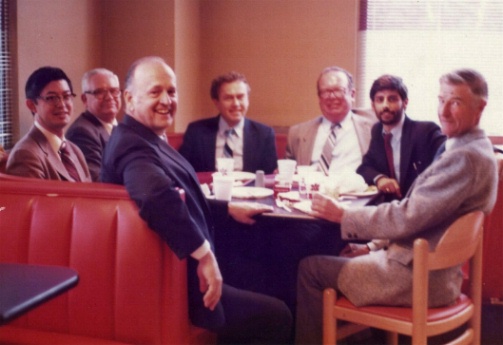 From left to right:

Very unfortunatelly, two speakers happened not to be present when the photo was taken:

An entertaining moment during the Nativity Conference should be remembered here.  When Dale Moody was delivering his paper, a lengthy eulogy on Luke's Acts, a voice with heavy American accent complained in the background: "Don't you think you make a lot out of Luke?"  Dale's reply, which was followed by unstoppable laughter, was clinical: "It is better to make a lot out of Luke than a lot out of nothing"!

This page is dedicated to the departed.